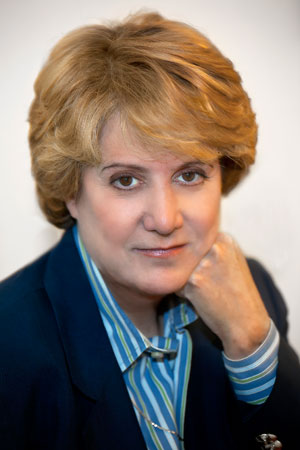 “I am not a teacher but an awakener.”

Dr. Leslie Austin is the founder of Austin Consulting, a consultancy that shows leaders how to make values-based high-road decisions.

In addition, she has worked with global corporations, Fortune 100 companies, solo entrepreneurs, every size organization in between and individual private clients. Her expertise transcends industry boundaries: she is an expert in helping leaders and organizations be the best they can be… always.

She has attained the rare distinction of becoming Board Approved in Executive Coaching and Behavior Modification by the Society for the Advancement of Consulting. and has been elected to the Mentor Hall of Fame, an equally select group of high-achieving unique consultants.

She earned a Doctorate in Performance Studies (a multi-disciplinary degree) from NYU to further her studies of psychology and behavior. Leslie has always been interested in the human mind, emotions, and behavior. She completed a four-year clinical fellowship at the Gestalt Associates for Psychotherapy, and established a psychotherapy practice. She has also been a supervisor and trainer of psychotherapists at the Gestalt Associates New York, and has trained in Core Energetics (characterological types and structures), Jungian Analytic Psychology, Family and Systems therapy, and Neurolinguistic Programming (NLP), and is a certified Neuroptimal neurofeedback advanced practitioner. Prior to her studies on psychology Leslie attained an MFA in Directing for Theater from Brooklyn College, City University of New York.

While still in training at the Gestalt Associates, Leslie began moderating teleconferences for doctors educating them on new medications and their appropriate uses. Her pharmaceutical clients for these teleconferences included Allen and Hanbury's, Bristol Labs, Burroughs Wellcome, Ciba-Geigy,Fisons, Glaxo, Knoll Pharmaceuticals, and Marion Laboratories, Procter & Gamble.

This gave her a taste for studying and working with personalities and behavior in the business world rather than only in the psychotherapy consulting room. Her executive coaching career launched shortly after when the VP of Human Resources at Conde Nast, a colleague, asked her to work with an important mid-level executive who was having mood and behavior issues at work that were affecting her job performance.

That engagement was a great success and Leslie hasn’t looked back since!

Leslie has also achieved success as a keynote and motivational speaker, and has made numerous appearances in the media over 25 years on live television and radio, and in print as a frequent and regular guest expert talking about helping people understand and take control of their emotions and behavior and learn to consistently make successful values-based high-road decisions. She has spoken on a wide range of subjects, including hot-button news events in real-time (In the wake of September 11th, several live guest appearances on WB11NY and Fox News NY focusing on psychological and emotional issues), issues concerning corporate America, psychology and behavior, crimes and trials, and relationship and spiritual issues. Her appearances have included frequent regular appearances as a guest expert on CNN/HLN with Nancy Grace, Court TV with Nancy Grace and all the major hosts there. In addition she has appeared on Bloomberg Television, CBS’s The Early Show with Harry Reasoner, Fox Network, Good Day New York (#1 morning show in NYC), Iyanla!, MSNBC, The John Walsh Show, NBC’s iVillage Live!, NBC’s “Tomorrow” show, TechTV, WCBS, WNEW, and WRC. Radio appearances include nationally-syndicated "The Bev Smith" radio show (during the D.C. sniper crisis), WBAI (regular guest), and WALE-AM (co-hosted a weekly show). She has also been interviewed on numerous business-related podcasts.

A sampling of her appearances in print include being featured in numerous articles, such as in American Banker, Blender, The Contra Costa Times,Cosmo Girl, Cosmopolitan, Mademoiselle, MyPrimeTime.com, New Woman, The O’Dwyer Report (a national PR trade publication, Oxygen.com, Parenting, Self, Time Magazine, Working Woman, and Workwise.com.

She also teaches courses in Leadership and Management, and Coaching in the School of Professional Studies at New York University. She was an Assistant Professor at Adelphi University and the New York Institute of Technology, and has taught baccalaureate and master’s courses at Brooklyn College (City University of New York), Marymount College, and New York University in addition to seminars for the Cape Cod Institute.

"I am not what happened to me,
I am what I choose to become."